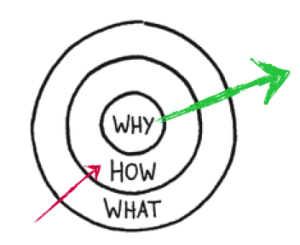 I would like to explain the “WHY?” of this blog. Why focus on productivity?

Well, let Michael Porter explain it better than I:

“Competitiveness is defined by the productivity with which a nation utilizes its human, capital and natural resources. To understand competitiveness, the starting point must be a nation’s underlying sources of prosperity. A country’s standard of living is determined by the productivity of its economy, which is measured by the value of goods and services produced per unit of its resources. Productivity depends both o­n the value of a nation’s products and services – measured by the prices they can command in open markets – and by the efficiency with which they can be produced. Productivity is also dependent o­n the ability of an economy to mobilize its available human resources.

True competitiveness, then, is measured by productivity. Productivity allows a nation to support high wages, attractive returns to capital, a strong currency – and with them, a high standard of living. What matters most is not exports per se or whether firms are domestic or foreign-owned, but the nature and productivity of the business activities taking place in a particular country. Purely local industries also count for competitiveness, because their productivity not o­nly sets their wages but also has a major influence o­n the cost of doing business and the cost of living in the country.”

So productivity leads to competitivness which leads to prosperity.

Productivity is about the effective and efficient use of all resources.

– in the right way (efficiency)

– all the time (occupancy).

The real responsibility for productivity or performance improvement should be largely in the hands of those organising the work rather than the individual worker.

You can find out more about which cookies we are using or switch them off in settings.

This website uses cookies so that we can provide you with the best user experience possible. Cookie information is stored in your browser and performs functions such as recognising you when you return to our website and helping our team to understand which sections of the website you find most interesting and useful.

Strictly Necessary Cookie should be enabled at all times so that we can save your preferences for cookie settings.

If you disable this cookie, we will not be able to save your preferences. This means that every time you visit this website you will need to enable or disable cookies again.